The Teeter-Totter is Better Than the Pyramid 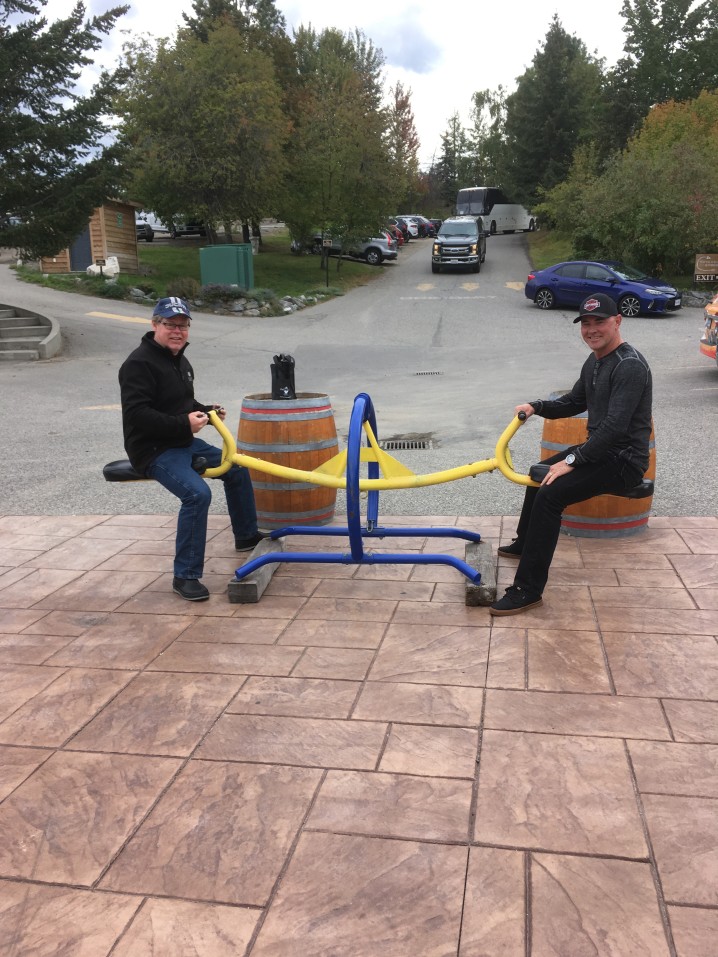 There is an irony in athletics for coaches that seemingly goes unnoticed. We constantly use statistical analysis to drive most everything we do. What is a teams most successful play, what is a players assist:turnover ratio, what is the teams slugging percentage and this list literally goes on forever! The part that is ironical is that coaches don’t use any statistical measurement to evaluate themselves. Sure – we speak heavily at CoachingPhD about the phrase “Your Record Is Your Reality” – but that is often pushed aside as a valid way to evaluate success because of all the “other” things that are happening on and with the team.

I feel that there is one statistical ratio that is ABSOLUTELY CRUCIAL for coaches to recognize and implement immediately! That is the ratio of involvement. To get this right you need to understand two things:

If you have very skilled and knowledgable athletes then NONE of the coaches need to be overbearing or micromanagers. The same goes for the assistant coaches. Where the water gets muddy is when one of these two factors leans to lesser skilled or lesser knowledge – then, the head coach must be more involved. The hard part here is honestly evaluating the skill and knowledge level of the athletes and coaches. If you assess this part incorrectly then you will have a hard time determining the right amount of involvement.

Research from Anita Tucker at Boston University and Sara Singer at Stanford University clearly show that the timing and the amount of involvement are critical factors to the progress and improvement of a leaders followers. The amount of involvement also effects the perception of perceived competence from the leaders assistants. This becomes a very big sticking point with coaches because they are “In Charge” of their program. Head coaches are often executed publicly when the team does not perform – which usually creates a very controlling mindset for the coach. I constantly hear “no assistant coaches name goes in the paper for a loss!” As true as that statement is the big question is this: “would the loss have occurred if the players and the assistants had a bigger level of involvement in the development and distribution of the game plan.”

As a former Defensive coordinator I gathered all of my position coaches (paid and volunteer) for film breakdown and game plan development. Following the film breakdown I had each of the position groups build out their plan for their players. Then we came together as a defensive unit and I had the three position groups mesh their individual plans into the larger defensive game plan. My responsibility  was to make sure that the overarching game plan was sound and fit into the defensive philosophy that we had as a team. This allowed for me to have maximum buy-in from the coaching staff as well as maximum utilization of their strengths. One benefit of getting out of their way was that they knew their players and their abilities better which made their plans better than mine. We made the state semi-finals 4 out of 5 years and won a state championship with that staff!

Keep in mind that there were situations that required me to step in and say “Wait – this is how we will do that” utilizing the Top-Down approach. Other times, I literally said nothing which meant that I agreed and that the direction they were going was great, which put them on the other side of the Teeter-Totter at the top while I was down on the bottom. Knowing the physics behind Teeter-Totters the person at the top definitely has an elevated public standing, but, in great leadership fashion the person at the bottom still holds the key to safety and success. Now when the two people get horizontal and are on an even plane, either one can move the other to the top position. At CoachingPhD we call this Flexible Leveling.

Having the ability to peak, flatten or decline the leadership level of any one of the coaches or athletes is crucial to success. This provides everyone the opportunity to be involved, be important, be an expert and be valued! When coaches or athletes feel like parts and not partners they lack inspiration and ultimately motivation to consistently progress and improve, they just wait to be “told” what to do. By implementing “Flexible Leveling” you can eliminate this in your program and constantly improve!