Coach Brandt was a four sport athlete in high school where he earned All-State Honors in all four sports and was a team captain in 3 of the four. Coach Brandt went on to play football, baseball and wrestled in Junior College before completing his degree at Iowa State University. Following his competitive days he started his coaching career at the University of Nebraska in Lincoln and then went on to a coach at Labette Community College. At LCC he coached 2 Nationally ranked teams and multiple All-Americans. He then he spent 18 years coaching high school wrestling, football and track & field. During that time Coach Brandt was a National Teams coach for Kansas and Arizona as well as a Junior National Teams coach for teams that competed in Greece and Paris.

He was recruited back to the college ranks to take over at his Alma Mater. His team were Nationally Ranked 5 consecutive years, had double-digit All-American athletes, 3 Nationally ranked recruiting classes and his team was invited to the Prestigious National Duals for the First Time in University History! Coach Brandt then took on the task of working with Head Coach Nate Hansen to rebuild the Simpson College Wrestling program where they had 5 wrestlers nationally ranked in the top 20 for the first time in two decades. Coach Brandt is now the lead recruiter for the Southwestern United States and assistant coach with the 8x National Champion Grandview University Wrestling team.

Coach Brandts’ experience and success in building or rebuilding programs from losing programs to Championship Status in areas that are resource poor is without question his area of expertise! He exemplified this when he took an inner city wrestling program that had NO feeder schools from Brand New to a Perennial Power with multiple undefeated seasons, multiple State Champions and Nationally Ranked wresters in just 3 years. He also coached at a suburban school where his wrestling program and the football program, where he was an assistant coach, set school records and won multiple State Championships sending athletes from both teams on to compete in college. Following another knee surgery he spent time as the Athletic Director and Head Football coach at a small rural school that had been losing for 20 years! He built a culture that created the largest participation in football program history.

His team made the playoffs in Back-to-Back-to-Back seasons while sending multiple players to DI & DII programs. He also turned the entire athletic department around by mentoring and coaching coaches in all sports.

Coach Brandt now focuses on delivering the concepts, processes and procedures that helped him have winning programs for over 3 decades to coaches and athletic departments across the country. He has worked with athletic departments and coaches from small high schools to large colleges on topics from practice efficiency, communication clarity, voluntary buy-in, championship mindset, recruiting and much much more. 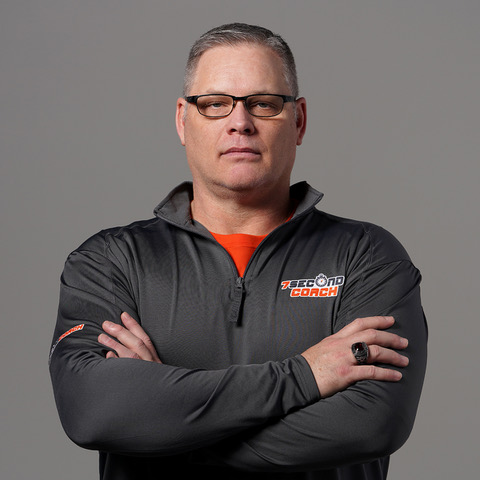 4x Region Coach of the Year

“I have been working with and using coach Brandt’s coaching and recruiting techniques for the past 5 years. I can say without reservation that the success of my college program is due in large part to Coach Brandt. Because he is a REAL coach he understands how things ACTUALLY work and that is why his strategies and solutions WORK! Never pass up the opportunity to work with him!”

If you do not believe that Coaching PhD will be the easiest path to Teacher License Renewal ar that you did not learn anything valuable in you 1st 30 days that will make you a better coach we will refund your money and cancel your membership!

Complete the monthly content and get your Renewal Credit from the AEA! All you have to do is consume the information on your time – No Tests – No Quizzes – No Papers!!
Enroll Today
Get Started!

Get expert information on athletic communication and performance systems that will immediately improve your team – AND RENEW YOUR TEACHING LICENSE!

Get More Reps At Practice

Build More Confidence in Your Athletes

Build Athletic Trust Throughout the Program